The Art of Catholic Banality in Secular France

For the annual theological lecture during Lent, UCSIA has invited anthropologist Elayne Oliphant (Assistant Professor of Anthropology and Religious Studies, New York University) to present her most recent research, published as The Privilege of Being Banal. Art, Secularism and Catholicism in Paris (The University of Chicago Press, 2021). Between 2008 and 2010 she conducted ethnographic research in Paris, more specifically at the Collège des Bernardins, a Cistercian monastery run by the archdiocese as a “space of encounters, culture and research”.

In The Privilege of Being Banal, professor Oliphant observes that France celebrates its laïcité (secularism), yet Catholicism continues to dominate its spatial and temporal rhythms in ways that often fade into the background as nothing more than heritage.

In this talk, professor Oliphant argues that these attachments are an expression of the privilege that accompanies the banality of Catholicism in France. While signs of Islam are maligned as excessively religious and, thereby, deemed inappropriate in the public sphere, Catholic material forms are accepted as cultural, historical, heritage and even secular. Questioning whether the banality of Catholicism could be its hidden power, she shows how aesthetics and politics come together in contemporary France to foster the kind of banality that Hannah Arendt warned against: the incapacity to take on another person’s experience of the world. By doing so, she draws upon examples from her case study at the Collège des Bernardins and other significant events such as the burning down of the Notre-Dame. 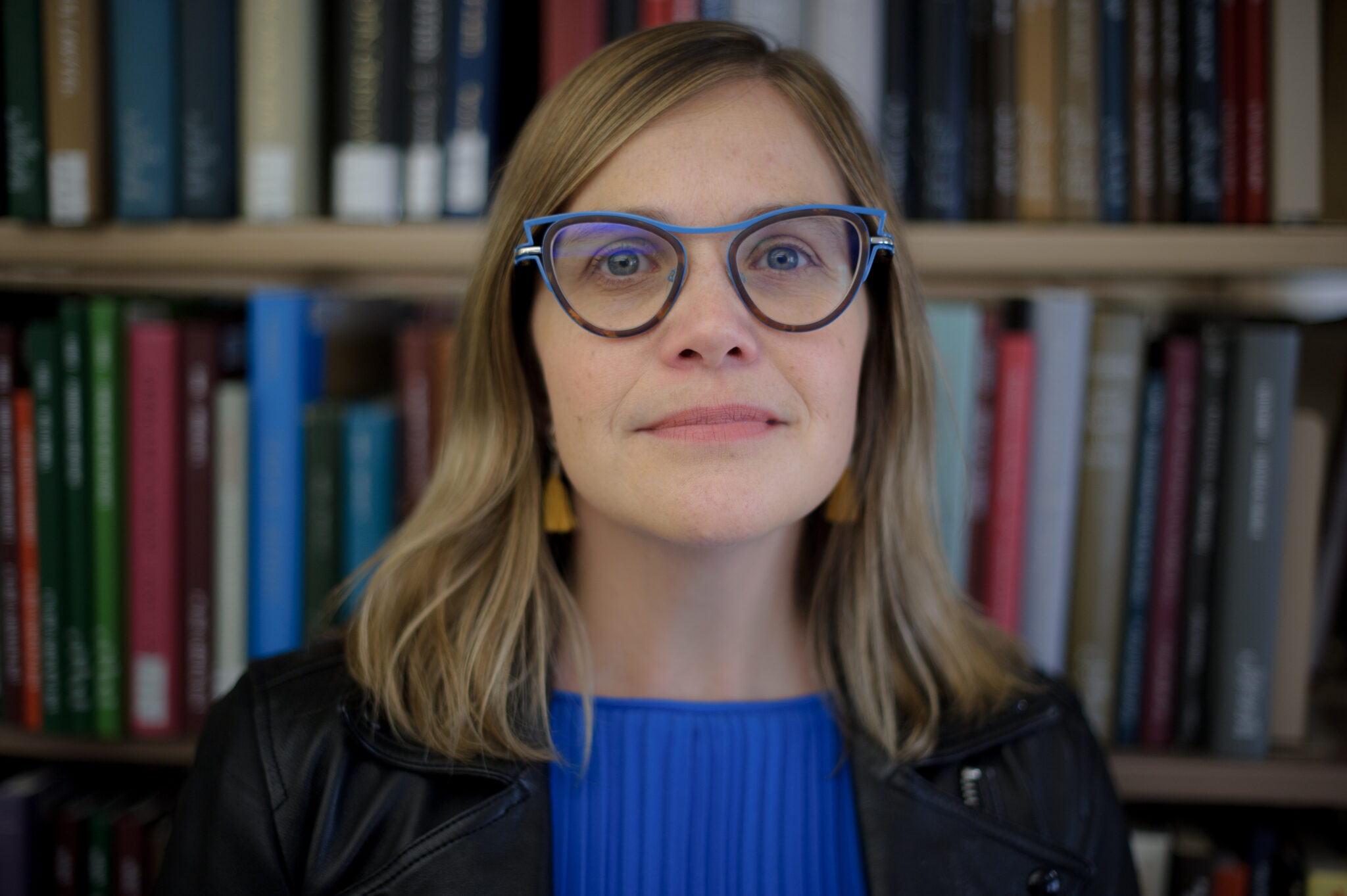 Elayne Oliphant is an Assistant Professor of Anthropology and Religious Studies at NYU. A scholar of Catholicism and Europe, she studies the tenacity of racial, religious, and class privilege in France. She has published numerous articles on modern and contemporary art and its relationship to Christianity, legal rulings regarding the public display of the crucifix in Europe, and the power and privilege of Christianity in France today. Her first book, The Privilege of Being Banal: Art, Secularism, and Catholicism in Paris, was published in the spring of 2021. She is currently working in a new research project exploring the relationship between the Catholic Church and slavery in France in the 19th century, and the work of Black activists to address France’s overlooked history of slavery in the present. 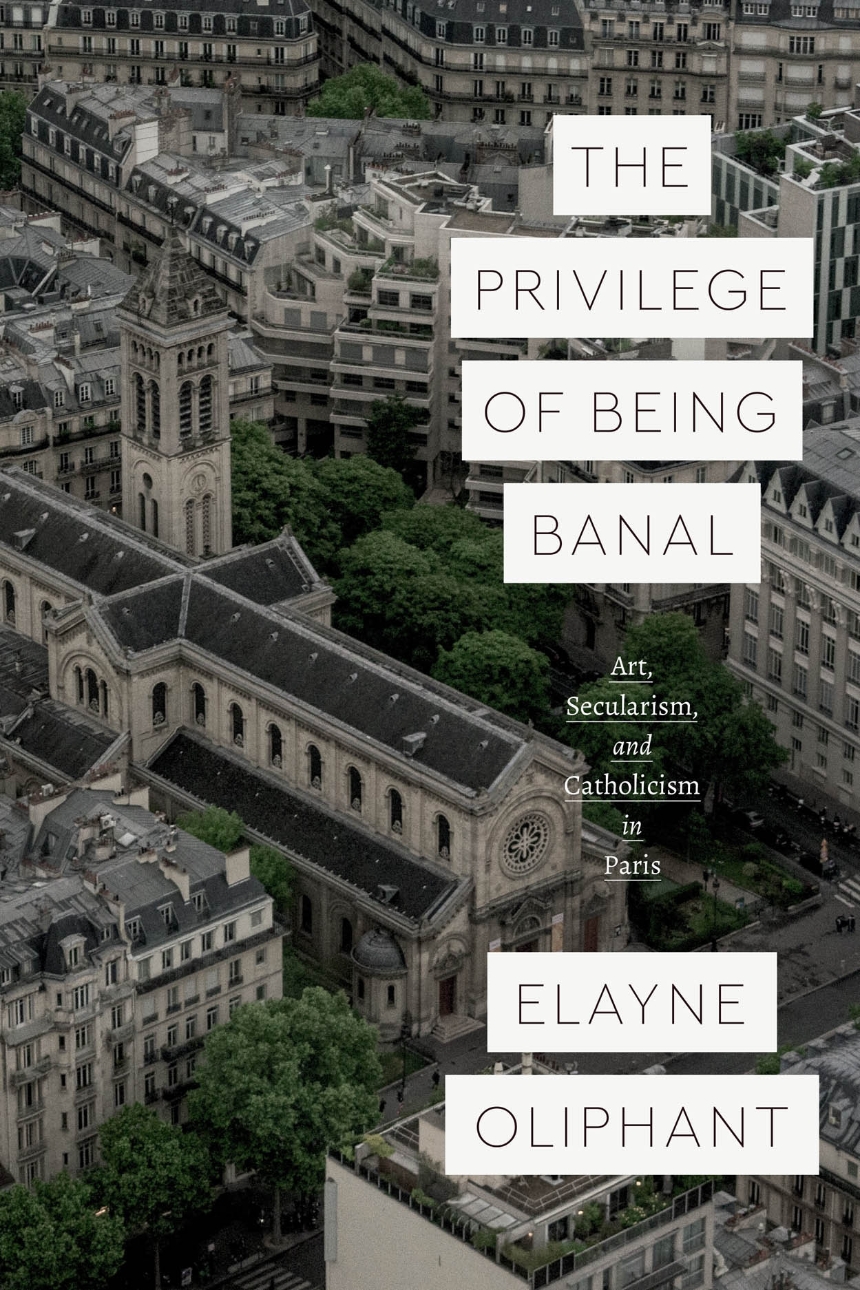 The Privilege of Being Banal. Art, Secularism, and Catholicism in Paris

France, officially, is a secular nation. Yet Catholicism is undeniably a monumental presence, defining the temporal and spatial rhythms of Paris. At the same time, it often fades into the background as nothing more than “heritage.” In a creative inversion, Elayne Oliphant asks in The Privilege of Being Banal what, exactly, is hiding in plain sight? Could the banality of Catholicism actually be a kind of hidden power?

Exploring the violent histories and alternate trajectories effaced through this banal backgrounding of a crucial aspect of French history and culture, this richly textured ethnography lays bare the profound nostalgia that undergirds Catholicism’s circulation in nonreligious sites such as museums, corporate spaces, and political debates. Oliphant’s aim is to unravel the contradictions of religion and secularism and, in the process, show how aesthetics and politics come together in contemporary France to foster the kind of banality that Hannah Arendt warned against: the incapacity to take on another person’s experience of the world. A creative meditation on the power of the taken-for-granted, The Privilege of Being Banal is a landmark study of religion, aesthetics, and public space.