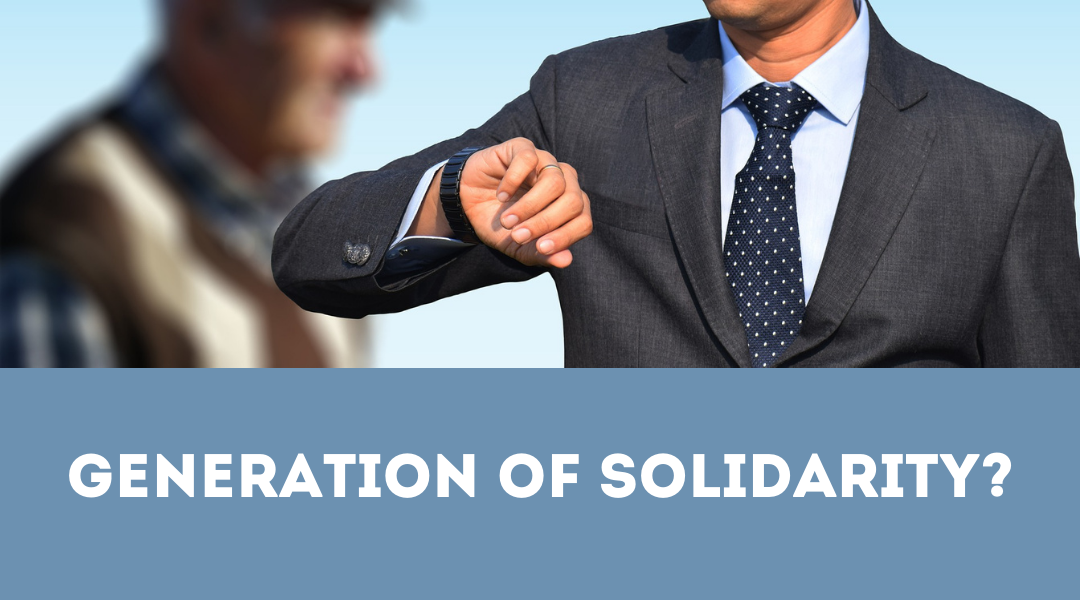 Are we all in the same boat during COVID-19? Some claim the opposite: young people are less at risk. The elderly press the pause button of society and younger generations have to pay the costs. They are the first to lose their jobs or fail to get a new one. The idea arises that the young make sacrifices for the elderly and that the latter should pay for it. Intergenerational solidarity is in danger.

What role can and should intergenerational solidarity play after the corona crisis? Is a two-track policy just? Should a kind of (one-off) coronatax for the older generations solve this situation, or would that be unfair? Given the tensions between generations, are structural changes in the pension system necessary?

Benjamin De Mesel (KU Leuven) describes the current tensions between generations and doubts the principle that the elderly should pay for the corona crisis. Bea Cantillon (University of Antwerp) argues for a necessary systematic change in the pension system based on the Musgrave rule, because the current system would no longer be affordable and fair. Sarah Kuypers (University of Antwerp) analyses the distribution of capital between the young and the elderly and proposes to experiment with a one-off corona wealth tax.